Continuing with Suffix Rules, the first one I will go in depth on is the 1-1-1 Doubling Rule. The grade level this rule corresponds with is 2nd through 12th.

Before teaching this rule, one should know:

The 1-1-1 Doubling Rule says: 1 syllable words ending in 1 consonant after 1 vowel double the final consonant before a vowel suffix.

Why do we double? Because doubling keeps the vowel short.

For this rule, worksheets are great, but it is better if you have plenty of interaction to get this rule across. For example, if you are with a child (or children), write the word and the suffix and ask, did you double? Is the word one syllable? Does it end in 1 Consonant? Is there a vowel before the consonant? Is there only 1 vowel (versus a vowel team which changes things)?

Example of not doubling: pump + ing = pumping   Why? Consonant blend at the end of pump keeps us from doubling.

For dictation, be sure to give non-sense words as well as real words.

Below is a sheet explaining the rule. You should also do dictation using nonsense words.

Examples of nonsense words to use for dictation: 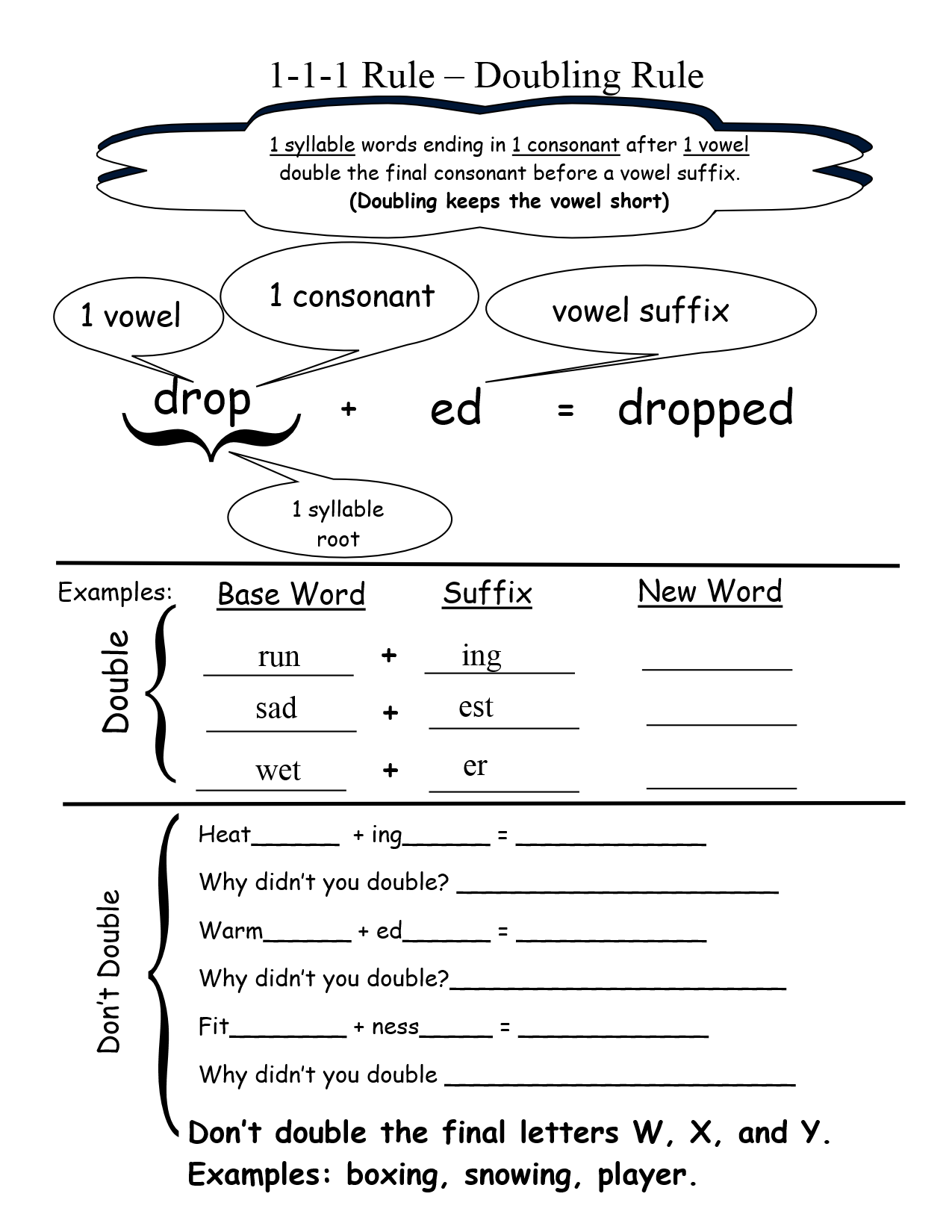 Want more? Check out the Workbook Store. This information plus worksheets are in the workbook store.

Orton Gillingham Coaching: Activities for Teaching the Sounds of -ed

Illustrations of Suffix Rules, An Overview

The Ending Gives It Meaning – Suffixes