It is important to note that when I say “spell” consonants and vowels I am talking about how letters can make more than one sound. For example, a makes a long and short sound, as in make and tack. But to spell the letter a, we can use many combinations to make the long a sound. For example, the long a sound can be spelled using the letters ai, as in rain, train, brain.

Here are the vowel sounds and how to spell them.

Here is a sample exercise on how to use this spelling vowel sounds concept. 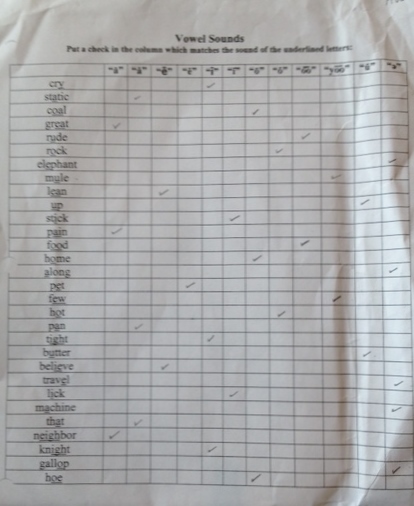 Want more? Check out the Workbook Store. This information plus worksheets are in the workbook store.