Having covered closed syllables in REVLOC, we now move on to “Magic E” syllables. The magic of the Magic E is that by adding the silent e to the end of a syllable, it “makes the vowel say its name.”

Our pattern for a closed syllable is: consonant-vowel-consonant (cvc), as in pin

The pattern of the Magic E syllable is: vowel-consonant-silent e (vce) as in pine

With a closed syllable, the “closing in” with the consonant makes the vowel short. With Magic E, adding the e at the end makes the vowel in the middle long, or “makes it say its name.”

The Magic E concept can be taught at early as kindergarten. At my son’s school they were learning sight word, after sight word. When I began helping him learn the words, I realized many of them had rules! I helped him memorize the word “make.” That was on the Dolch list and is there because it is a frequently used word.

But after I taught him, make, I told him the reason the vowel was long. I explained the magic e concept in comparison with the closed syllable, which I also taught him using many the sight words. I then said, “If “make” is “make,” then what if I replaced the m with a c”? (Based on magic e), “It’s cake,” he said.

I also took words like mad, which I had taught him was a short a sound because it was closed, and I added an e to it and asked him what it was now. We went through several of these. And before you know it, he could read more than just sight words, he could read many words based on rules.

In my OG class, we made cards that folded over and had an “e” on the flap. We took an index card and wrote “dim” on one side of it, folded it over and put an e on the flap. When showing this to a student and teaching the concepts of closed versus magic e syllables, the student reads the word “dim,” we flap the e at the end of it and ask what it is now. “Dime.” We made a deck of these to go through. 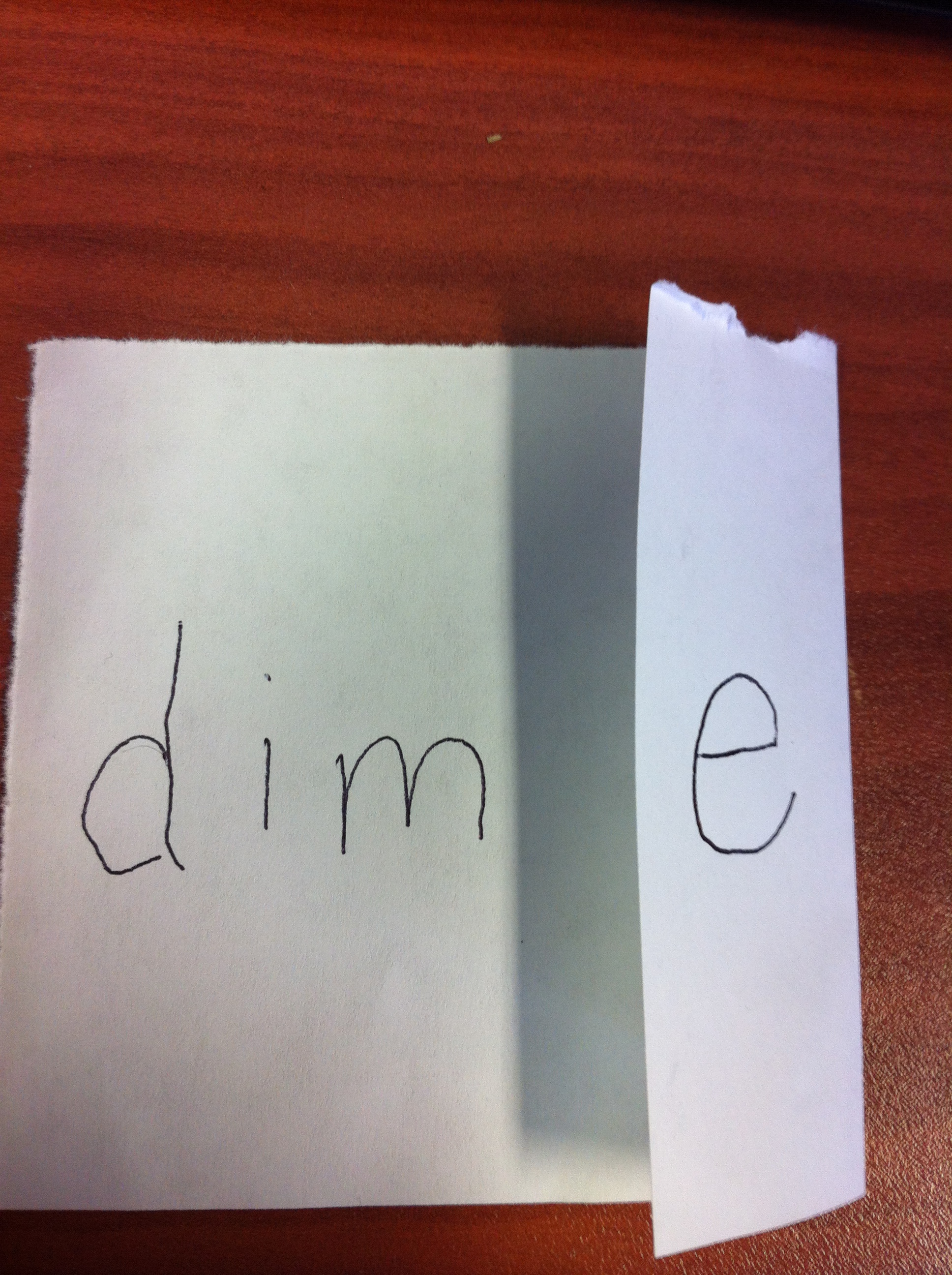 After going through the deck, we ask that the student write sentences that we say out loud (dictation). Then have the student read the sentence out loud.

I hate that hat.

It is his fate to be fat.

Let’s make a kite with a kit.

We dine on figs and cake.